TEST REPORT
This document summarises a pre-test carried out on the Yaesu FT1000 MP MKV Field. The purpose
with this pre-test was to investigate the CW keying sidebands from the transmitter. This is due to reports that unwanted key-clicks should be present during transmitting in CW mode. A study and analyse if sidebands are sufficiently suppressed will prove if this could be the cause of the reported problem. If the reported key-clicks is caused by the sideband keying, the test should also prove
or verify if a change to the rise and fall time of the keying pulses had any influence on the first result. 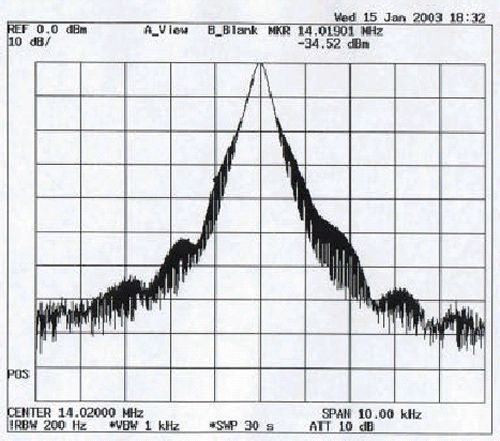 Figure 1
This picture shows the unwanted sidebands presented by the spectrum analyser for the un-modified EUT. It conforms to the result from the ARRL test report and their Expanded laboratory test. The value is produced by a continuously string of dots at a speed of approximately 60-WPM. The result shows
significant spectra of widen sidebands. Marker position is at -1 kHz and –34.52 dBc.

Note
ARRL test report, Expanded laboratory test can be down loaded from:
(http://www.arrl.org/members-only/prodrev/pdf/lab/mark-v-field.pdf) 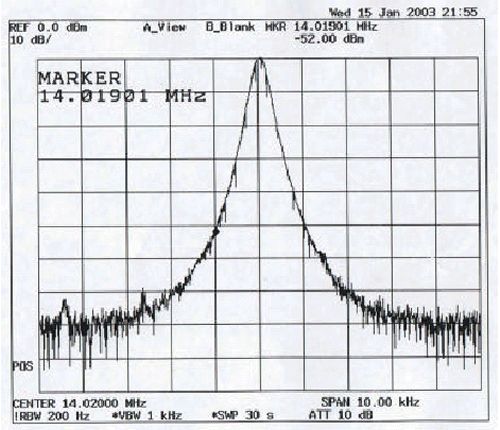 Remarks
It has to be pointed out that due to built in limitations in the measuring equipment (Spectrum analyser minimum 200 Hz filter), the actual improvement is not only 18 dB but at least 30 dB. This is far better than the presented plotted curve in figure 2. The 30 dB figure was achieved with help of a Test Receiver equipped with a 125 Hz crystal filter. Unfortunately we could not produce a plot with the actual value. 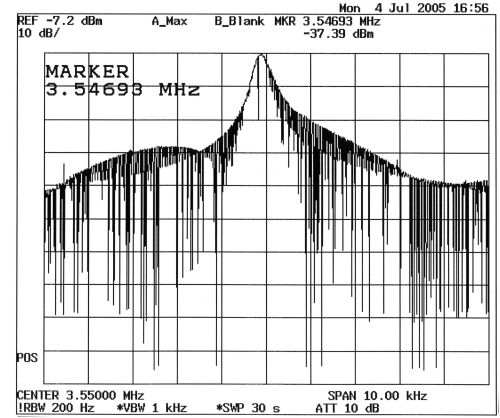 Figure 3
Shows the unwanted keying sidebands from Wireless Set No. 19 presented by the spectrum analyser.
The value is produced by a continuously string of hand keyed dots at a speed of approximately 20-WPM. Key clicks at - 1 kHz is down some 26 dB and at + 1 kHz only 18 dB.

Harmonics from the Wireless Set No. 19 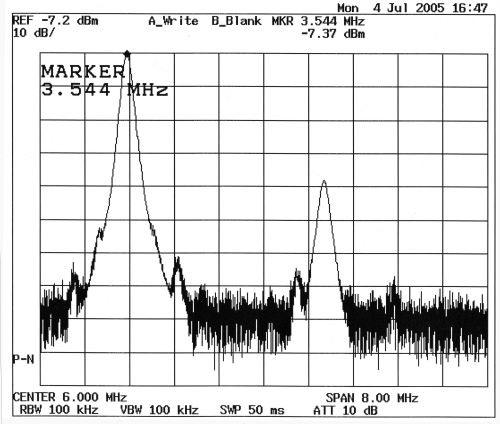